In 1997 a worn-out lawnmower, and an inability to finance the purchase of a new one, brought about a radical rethink on churchyard care. A decision was made to leave selected areas uncut for large portions of the year.  In fact, this was only a return to the way the churchyard had been managed for the whole of its history before the 1960s, when it was scythed twice a year to make hay, and was otherwise left as meadow.

It was a churchyard just like this where Thomas Gray wrote his famous Elegy and Byron wrote his Lines Written beneath an Elm.  Churchyards were places where death was met with vigorous, natural life.  The modern concept of the neatly cropped suburban cemetery is quite alien to the setting of a country churchyard, and something which, in this country at least, is really a product of the mechanisation of the process of burial at the time of First World War – not really a sentiment we would choose to perpetuate in Thorpe Market Churchyard.

Norfolk Wildlife Trust was invited to carry out a survey and advise on future maintenance regimes.  In 1998 the churchyard was described by them as being one of the richest, in terms of diversity, of the 300+ churchyards that they had by then surveyed. In 1999 we were outright winners of the Barclay/Norfolk Wildlife Churchyard Conservation Award. In 2003 we received the CPRE (Norfolk Society) Conservation award. 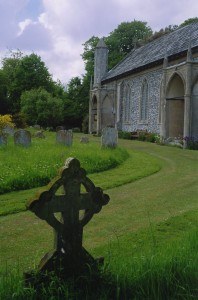 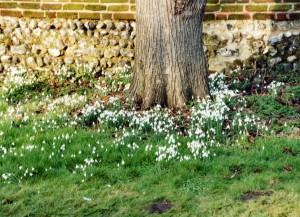